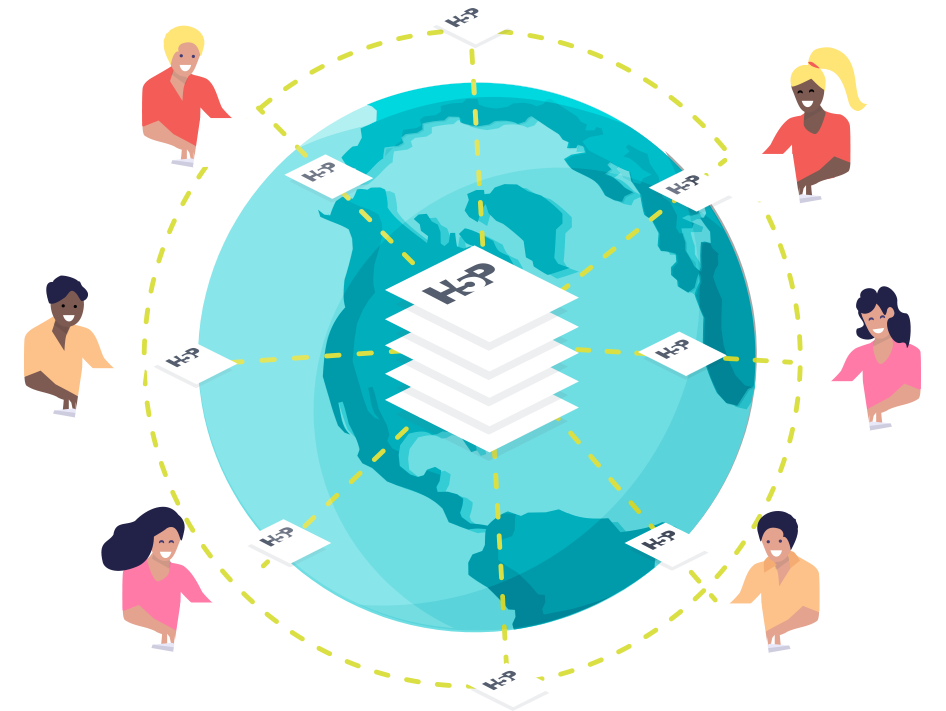 Being one of the most popular dedicated educational technologies in the world, H5P is being used a lot when courses are being moved online. H5P.com usage is many times higher than it was a month ago, and continues to increase rapidly. The interest for H5P has also increased significantly. The number of page views on H5P.org, not counting embeds of test drive content, has tripled.

It is good to see indications of us in the H5P community providing value in times like these, but we can do so much more. Our goal right now must be to provide students with amazing content as fast as possible. Having millions of H5P users around the world producing the same content will be a duplication of efforts and far too slow. We need to work together.

To facilitate global collaboration, the H5P Core Team has tasked all developers with finishing up the H5P Content Hub as fast as possible. It will be an integral part of the H5P authoring tool and allow users to easily share their content with every H5P user in the world! Content shared by others will of course be searchable and repurposable.

If we can fill up the H5P Content Hub quickly with free, open content that everyone can use and repurpose we can make life so much easier and learning so much better for new and existing community members. The H5P Content Hub is the framework for delivering the promise of H5P. The members of the H5P Community will determine the quality and quantity of H5P’s Covid-19 response. If every member of the community has a few H5Ps they want to share with the world the H5P Content Hub will quickly become the go-to place for interactive OER content that can easily be repurposed or used as is to offer students around the world a better learning experience.

Are you ready to share your content with the world under a Creative Commons License? Please let us know if you have content you would like to share from day one by filling out this form and we’ll coordinate with you to make sure that your content becomes available for the millions of H5P users around the world and hopefully make the days of other educators easier. 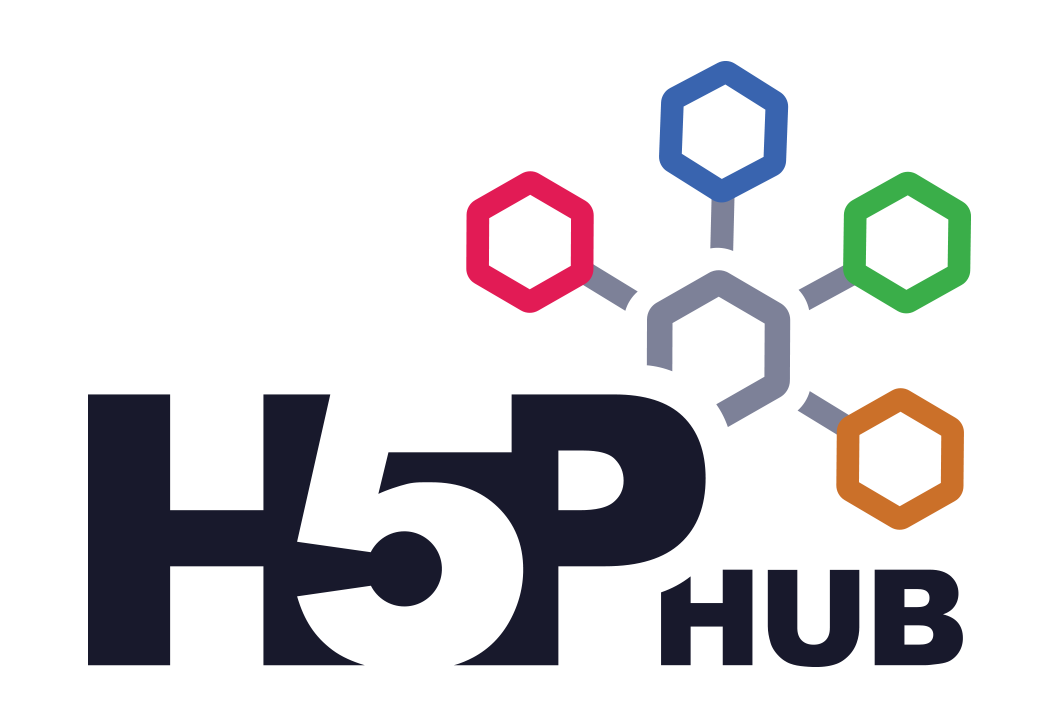 The H5P Hub will hopefully be a great Covid-19 response from the H5P Community. It will also play a key role in the long term. There are many OER repositories out there, but none of them are particularly useful. The reason is simply that there are no good open formats for interactive content, except for H5P.

When we now are launching the H5P Content Hub a couple of things are unique:

The H5P Content Hub will be an integrated part of the authoring tool.
This is what the experience will look like in the first version:

This is how content is shared with the rest of the H5P community:

Adding metadata in the editor

This is how metadata is added: 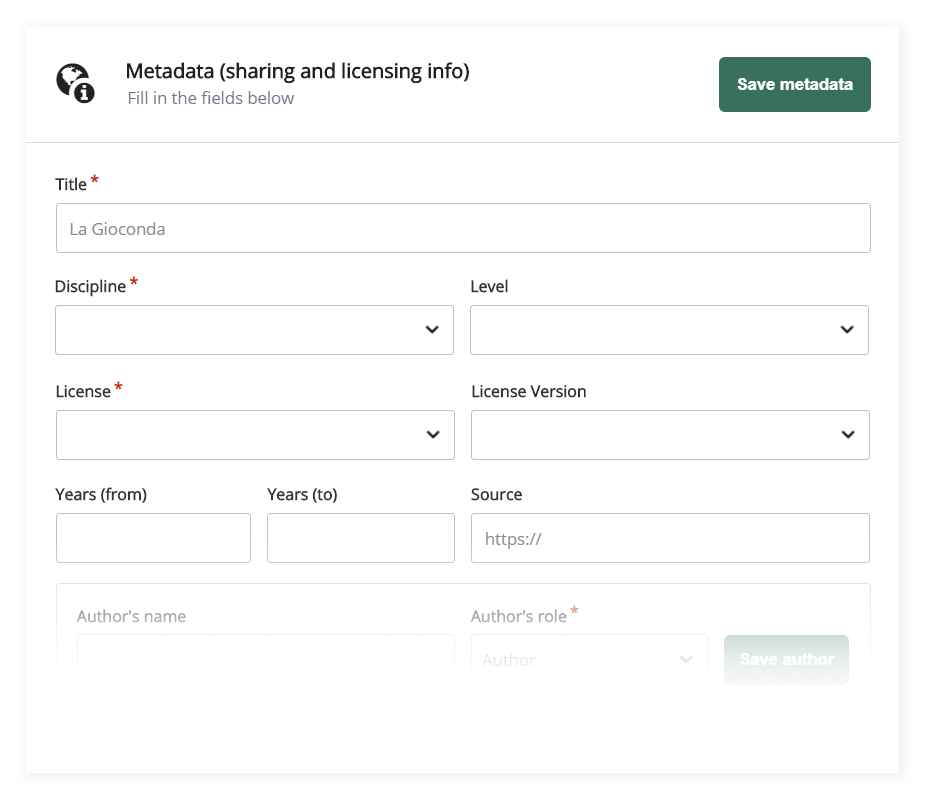 The first version of the H5P Hub will have the following metadata per content:

The search engine will also search through the contents of the H5P.

The H5P Content Hub was originally planned to be one of the big releases for the H5P Conference 2020 and a lot of the work has been done. Now we’re cutting corners and putting every developer on it to finish it up faster.

The H5P Hub has been planned and prototypes and design sketches have been worked on for the last four years and tested with users across the world. Only details are missing.

The user interface for finding content has been fully implemented.

All components are set up and most APIs are implemented. We’re using the same infrastructure as for H5P.com since it has proven to be incredibly stable and scalable so far.


Publishing process UI
(UI for publishing content to the Hub)
30%

The UI for the publishing process is designed and parts of it implemented.

The API for the publishing process has been started. We’ve established a scalable way for the H5P Hub servers to receive large amounts of H5P content quickly and in a way that scales automatically.

The widgets for adding metadata are in place. They are currently being used to add copyright information. We’ll just expand it to also be able to handle the rest of the metadata (disciplines, level, keywords etc.)

When everything is done we’ll need to add the new system to our plugins. We’re likely to integrate with Drupal first allowing the community to test and give feedback on H5P.org. Drupal will probably be followed by H5P.com and then Moodle and WordPress. Much of the code will be the same for all, but each plugin must add a few UI components and implement to interface functions for storing data etc.

We will be publishing weekly blog posts and probably even more frequently tweets with progress updates allowing community members to stay up to date and provide feedback on the progress.

We’re excited about what we hope will be a very impactful new dimension for the world of H5P and hope many in the community will take the opportunity to help the rest of the community by sharing their content.