In the October release we didn’t get the time to do accessibility upgrades. Now in November we are back on track with huge changes that make Single Choice Set much more accessible in addition to general functional improvements to other content types. I can already feel the power of the expanded core team. Things are being done a lot quicker.

The members of the Core Team are super motivated to do the best work of their life to support the rest of us in the H5P community in making this project a success. Together we will take the world of interactive content from its current backwards state to a modern global eco system.

I’m incredibly impressed by all the great content I see coming out of the community and all the awesome ways the word about H5P is being spread. See for instance this article by Julian Davis published on elearningindustry.com. H5P is being presented by community members on events and conferences every week.

I was doing an H5P training course at a university just recently and to my surprise the learning designers there were stunned when they realised that they could move the content they create on H5P.org to any other H5P enabled website. They were actually stunned that they could do what they wanted with their own content.

After years of having to deal with bloated, expensive authoring software, and equally expensive data migrations, it is only natural that educators and learning designers have very low expectations of what can be done with interactive content.

H5P is here to change that.

H5P was designed from the ground up to make sure that your content is easily exportable and not locked into any platform.

When you use H5P your content is yours and probably stored in the safest format in existence. With H5P you create content whose data can be extracted in a very well documented format.

What you make is yours, forever.

Read more about the architectural decisions of H5P here.

The core team is now working on a mini-release. We will add reporting capabilities to H5P without using an LRS. If you use H5P with the Drupal Quiz module version 4 you can see what the user answered and should have answered in the Drupal Quiz report section. We will add the same capabilities to other reporst as well in future releases. Among others the Moodle gradebook is being considered for this as well as a special demo setup on H5P.org.

The biggest change in the next main release will be the authoring tool. A lot of it will be redesigned. Today some parts of the authoring tool might feel like a jungle of form fields where the structure might be a bit hard to follow.

The core team will breathe color into the authoring tool. It will be like going from black and white to color TV. It will be much easier to see what is important and what is not important.

There will also be several other big improvements in the next release, so stay tuned, and remember to spread the word! 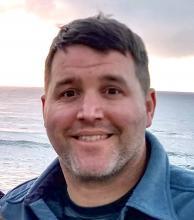 Well done, all! Thanks for your continuing work on H5P. Very excited for the months to come.