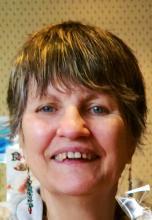 Using the Drag the Words exercise as an example because I am familiar with it:

In the case of teaching a language..... If you have a sentence with five words you can just make five boxes and drag those words to the boxes. The only thing that can be practiced/tested then is the order of the words.   Still going with the sentence with five words, if you were allowed to have seven or eight choices for the five boxes it would be possible to put in slightly different spellings of a certain word so that the student would have to choose the correct spelling of a word or the correct case of a word in that particular sentence.

Here are a few examples.  I have used all caps to indicate where a verb or a noun changes.

When talking ABOUT a male or a female the verb ending changes:

A male or female often USES a different verb ending when speaking:

The “ing” part of the verb changes.

Male or female nouns change differently when PLURAL or when they are MODIFIED:

”girls” has a different ending for the plural S.

The modifier changes just as the noun changes when plural.

Hi Pammellam,Thanks a lot for