This is our first release of 2017, and my status update is a bit special because of this. It has two parts; a big thank you for all you did in 2016, and a look at the most significant feature coming up in 2017.

The H5P community has achieved a lot in 2016. We are realizing more and more of our vision. More than 10 000 H5Ps are created every week, and the number is growing very quickly. We got six times more code contributions, six times more visits on H5P.org and three times more registered users in 2016. It has been a fun experience to take part in building up the H5P community so far, and I want to thank everyone who has contributed to it.

The Norwegian Digital Learning Arena (NDLA) was key to realizing H5P. Not only did they dare to invest in the project from day 1, they also had a great positive influence on the direction of the project. Teachers and learning designers are picking up H5P quickly. Perhaps that is partly due to the fact that teachers have always had great influence over both the features and the design in H5P. I want to give a special thanks to Knut Inge Skifjeld who has worked very closely with the Core Team creating the first H5P content types.

I want to thank the translators who work hard to make sure that H5P is available in many of the major languages. The best maintained languages except English are French and German. Currently IsabelZydun and otacke have been doing a great job keeping German up to date and jamesap, Realia and steplabarque are doing the same for French.

The H5P core team is receiving more and more pull requests from community members. The most eager ones lately have been otacke and papi Jo adding many new and very useful features to H5P that many in the community have asked for. A total of 63 people have committed or had their pull requests merged into the H5P repositories. A big thanks to all of you!

Many community members are giving tremendous help to H5P by spreading the word. The bigger the community gets the faster H5P will be able to move forward. In large periods of 2016 H5P was presented in conferences, and blog posts were written by community members every week. For example Julian Davis who has been writing a lot about H5P the last year and Michael Sturmey of Victoria University who has been promoting H5P in conferences and other occasions in both Australia and Asia.

Our sponsors have made dedicated work on H5P possible. There were a lot of sponsors in 2016. Some of them mentioned in release notes:

Some sponsors chose to stay anonymous. A big thanks to all of you!

Last but not least a very special thanks to The H5P Core Team who has been doing a tremendous effort the last year to improve H5P in so many ways. Accessibility and user experience has been massively improved and a range of new features and content types have been added.

We will keep improving the user experience and accessibility of H5P in 2017. H5P should always provide an amazing experience. There are also lots of feature requests that will be handled.

In 2017 there is one very, very special feature coming up that deserves extra attention, and that is the H5P Hub. A Hub for sharing and reusing H5P content and content types available for all web sites using H5P.

With the hub in place, if you create an Interactive Video about communication the first thing you might do is to search the hub for existing videos about communication. Browse the available options and read the reviews. If you find an existing interactive video you like, use that as a starting point instead of starting from scratch. When you’re done creating your own content, consider publishing it back to the hub so that others can use it.

With the H5P Hub, we hope to massively reduce the time it takes to produce Interactive Content by offering the best possible ways to share and reuse. We will try to achieve this by making sure that the content works the same on all platforms and is editable by everyone with no special skills needed in order to change or translate. We will work together as a community to make sure that eventually the hub will have the right feature mix and user experience to cater for all who want to create great content efficiently.

Imagine a world where most people start their content authoring process by searching a global repository of editable content. A world where you don’t have to think about licensing or compatibility. Just select the content you want, edit it if needed and publish it. End your authoring process by making your own content available for everyone to reuse and customize. In such a world we will create and consume content of a much higher quality than we do today.

Many try to achieve reuse of content within their locked-in systems. The H5P community will break down these barriers and achieve global reuse. The entire community will be able to collaborate on both the content itself and the technology for interactive content. 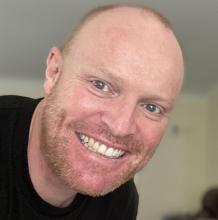 Thanks for the mention and the support. To view some of the articles I've written, please go to http://juliandavis.com/tag/h5p/ or there are a few test ones on https://h5p.org/user/110791