Duolingo-style extension of Drag the Words 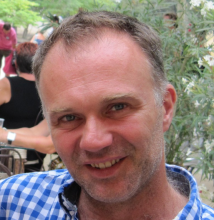 I'm a web developer who is thinking of adapting the H5P Drag the Words question type to create a Duolingo-style drag-some-of-these-words-into-the-right-order question type - ie:

If anyone is aware of anything which will help me get started with this - I've aleady read the developer docs - I'd be very grateful to any pointers to: anyone who's already working on something similar, which libraries I ought to be lookin at, etc.

Awesome that you are starting a new content type.

My personal opinion is that you would probably be better off starting from scratch then adapting the "Drag the Words", as it is full of technical debt.

Here are a few points that you probably didn't read about in the documentation:

Thanks @tomaj - still not had

Thanks @tomaj - still not had a chnace to look at this but hoping to get to it in the next few weeks.

did you find the time to work on this content type? I'd be very interested in it.

Sorry @serettig, only just spotted this. Nothing as yet I'm afraid but hoping to get to in the the next few weeks.

Any update on this?

Fast forward three years later, here I am! Did you manage to make progress on this project, Damion? I hired a developer to do exactly that but the current result is not very convincing...

And here I am! I've hired a developer to do exactly what you described by editing the H5P drag and drop but the current result isn't very convincing. Have you found a way to do it, Damion?