I work in a company that produces learning materials to a wide range of educational institutions in Finland. We are now exploring the possibility of capturing learner actions with xAPI & LRS and showing learners their latest input to the exercise (in learning platform interface).

Basically the idea is to:
1. embed H5P exercises to our learning platform and capture learner actions
2. show learners their latest input/results anytime they return to the exercise
3. let learners redo exercise as many times as they want (even if scored 100% before).

Hi Jenna,This is by the

This is by the design, with the thinking that having 100% score would never need to retake the activity. Although I think this has it's own uses and thank you for the suggestion.

Thanks for your speedy reply! For us this would be a much appreciated feature.

I'd passionately like to second this. I want my students to redo exercises to practise for tests. So there should be a "redo" button even if you have had 100%.

From Nature Neuroscience March 2017: Overlearning hyperstabilizes a skill by rapidly making neurochemical processing inhibitory-dominant or, as the February 2017 issue of Scientific American put it:

Looking for a shortcut that helps you lock in learning?

Instead of practicing until you’re decent at something and then taking a siesta, practicing just a little longer could be the fast track to solidifying a skill. “Overlearning” is the process of rehearsing a skill even after you no longer improve. Even though you seem to have already learned the skill, you continue to practice at that same level of difficulty. A recent study suggests that this extra practice could be a handy way to lock in your hard-earned skills.

Hyperstabilize is a new word for me - and already, I can tell, it's going to come in very handy!

Here's the original announcement from Brown University (where the study was conducted).

Everybody from actors learning lines, to musicians learning new songs, to teachers trying to impart key facts to students has observed that learning has to “sink in” in the brain. Prior studies and also the new one, for example, show that when people learn a new task and then learn a similar one soon afterward, the second instance of learning often interferes with and undermines the mastery achieved on the first one.

Read on because it's not without caveats. As per usual.

Thank you for the feedback,

Thank you for the feedback, there's definitely some merit to letting the author choose if an H5P shold be repeatable with full score.

If you don't need the "Save content state" feature, you can disable this, and everytime the user reloads the page they would get a clean slate, instead of restoring their old one. I realize this may not be what you want, but perhaps it could be a workaround for now.

See also Successive Relearning, which is not the same as Overlearning but still on topic.

I'm writing to second this as well. As a teacher, I think this is key for some of the materials I create and actually some of my students would love to have the chance to repeat some of the exercises.
I'd love to see this implemented in h5p.

I strongly support the value

I strongly support the value of offering a student the possibility to redo an activity as many times as they want even after achieving the maximum score. This should be at least an available option to the activity created (teacher). 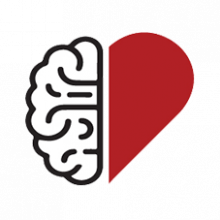 Hi, I would just like to echo some of the comments above.  This feature would add a lot of value to my students and I am excited about the possibility of it.

Having a retry button when scoring 100% also opens up the possibility of using these questions in different ways.  Currently I am asking my students to choose two out of 5 new learning tactics to commit too, and have messsages set up for the student who tries to choose all 5 in one go.  However that student wont get a chance to go back and choose 2 as the retry button is locked on 5/5 or 100%

Absolutely echo the comments of others - this would be a great enhancement.

Please, let us know if you add the retry-button when scoring 100%