The last weeks we've also been presented with not only one but two Moodle plugins in the works. Both are fully functional and only lacks a few features and some testing before they are to be published on Moodle.org. This is great news for both H5P and Moodle. H5P will get its first pure LMS plugin and Moodle users get to create new and powerful content types.

The H5P team has of course offered to help the two teams. We're also looking at ways to make sure that members of the H5P community knows about each others efforts to reduce duplicate efforts.

Ballistic Learning, a seasoned Moodle Partner, were the first team to contact us and demonstrated a great Moodle plugin where everything seemed to be working. They are now upgrading their H5P plugin to support the most recent H5P content types and are also adding a few more features prior to their first release. Ballistic Learning has committed to pushing the H5P adoption and they intend to support it in the long run.

Freelancer Nagy Levente Imre from A2 Automatisering soon after called us and demonstrated a second Moodle plugin. It also seemed to work flawlessly and only lacked a few details and some testing.

We're looking forward to contribute in any way, please let me know if you need some help coding or testing.

I hope the developers will

I hope the developers will see your comment. They're not part of the H5P team and won't get notifications. You may also reach out to them directly through their contact forms. 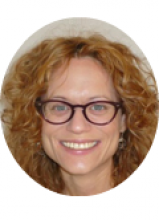 I've just met yesterday the project and I love it. I'm a teacher and an e-learning developer and this is the authoring tool I was looking for. Great job! I'm just impatient to see the Moodle plug-ins work.

Yeah, the H5P team is

Yeah, the H5P team is impatient as well. I got a signal now that one of them might get published in a couple of weeks. Really looking forward to it!

Do you have beta version we

Do you have beta version we can put our hands on?

I'm sorry, no, the Moodle

I'm sorry, no, the Moodle plugin is out of our control since other companies are working on it, and they haven't made the code public with an open source license yet. I gave an indication in July on when we hoped it would be available, and that obviously didn't come true, so I won't give any new indication, but we will add more pressure to the process after our next release.

We've been recommended to add

We've been recommended to add LTI support for H5P.org before doing a Moodle plugin since Moodle sites often isn't updated frequently and H5P is moving forward quite quickly. A Moodle site that hasn't been updated the last 3 months probably wouldn't be able to use the latest H5P libraries.

The idea is that Moodle users could then use H5P.org to create their content and embed it in Moodle using the "External Tool". Grades would then be recorded in the users grade book.

So the main advantage would be that Moodle users would always have access to the latest stable versions of the H5P content types without having to worry about updates. The biggest draw backs would be having to log in to two different sites, and less customization options. To begin with it wouldn't be possible to change the styling for instance.

That's good news but unfortunately our university's policy (and of many others) requires all data to be stored in house.

Oh, I'm so glad you shared

Oh, I'm so glad you shared that feedback. I hadn't thought about that. So how often would you guys be able to update the H5P plugin for Moodle if one was launched?

Just like Phil said above, we don't update our Moodle site very frequently. However, it's a different matter for plugins, which we can (and do) update quite regularly, as it doesn't have the same requirements as a Moodle update (e.g. planning, full backups, etc.). Realistically, we could update the H5P plugin each month if necessary (provided it's backwards compatible).

(on a related matter : we contacted the H5P team some time ago, saying we were very interested in a Moodle plugin, and would be ready to participate in the development. We were told that wouldn't be necessary, as two plugins were already under development. A couple of months have passed by, and there is still no Moodle plugin available. So I just hope the two teams currently working on this read this page and are aware that many people are waiting for their plugins !).

Ok, I guess we should make a

Ok, I guess we should make a Moodle plugin then :)

We made a small prototype for a customer in 2013 and we will use it as a starting point. There are other community members who are eager to join in right away so we'll see what happens. The H5P Team will also join in a while.

Moodle Plugin a must have :-D

I thought I'd share my opinion, I love H5P and the way it works, it's just great. Sometimes I find H5P a little restrictive, but I'm fully aware the pace of development is helping to bring improved features as each day passes. I feel confident that H5P will have a successful future.

I'm currently using wordpress and embedding H5P content via iframes to my Moodle. It would be invaluable for me to be able to have these H5P activites graded and reportable. I would gladly convert my Moodle style activities/questions etc. into H5P contents, so long as grading and tracking directly into moodle is possible. Regardless if H5P is designed using other software such as wordpress, Moodle would benefit, my courses would be much improved from a student perspective (stlye design, easy of use etc. is particularly nice), which in turn means my students will do better during examinations.

I want H5P in Moodle and I'm willing to help, I've joined the Beta program and look forward to what may come.

Thanks a lot for sharing your

Thanks a lot for sharing your thoughts here! I hope you will be able to track the results of H5Ps in Moodle early next year using LTI, and that we get a Moodle plugin in place not long after.

Great to see people taking the initiative!  I'm sure a lot of people are anxious to take it for a ride.

Not me! I've created two entire courses with H5P

I would like to say, I am not anxious, I actually cannot wait to give H5P/Moodle a test drive in terms of integration. I've created 1 entire course using H5P which consists of around 450 presentation pages, each have a customised graphic, which we're pretty proud of here. I'm not on with my second course around 50% through. These courses are already iun my Moodle! but I'm using an embed technique. So, when the integration is complete I'll jump on it!

Good luck all, I'll share some examples when the course  has been approved by hte accrediting body.

That's just brilliant, well done to you and the team!

I'm currently using a fairly old version of Moodle (last of the 2.3.11 stable), with a lot of customisations and code tweaks. Upgrading my moodle is not going to be a fun task, there has been plenty of code changes between versions, so likely my code tweaks will need re-coding.... fun fun fun. But for now I would love to test a fully working release of the H5P plugin in Moodle version 3+. It would just be great if by some mirricle the H5P plugin worked iwht my current version ;-)

I'll keep a close eye out for the annoucement.

Feel free to have a sneak

Feel free to have a sneak peak :) - and please let us know if you run into any bugs...