Im having several 360 degrees pictures in the 360 virtual tour.
When viewing on pc (chrome), there is no problem. All scenes are shown.
but when viewing op mobile phone (android and also Chrome) or tablet (android and also Chrome) some 360 pictures just wont show.
I can move around though, but in a totally black scene. Tried uploading the picture again, but no effect.
It's not that the picture is too large. Other 360 pictures with more mb show up fine.
What to do?

Good timing, I am trialling this component as well. I can not find a way to show the slide navigation controls. I have several slides but don't see 'next' and 'previous' controls.  Have tried different browsers, still no good.

The 360 Virtual Tour content does not have a slides.

OK, the official terminology within the component calls them scenes, either way the navigation controls between scenes/slides does not appear as per the example.

Hi jp,Sorry I got confused a

Sorry I got confused a little bit there and thank you for clearing this up.

Anyway you mentioned that you tried different browsers and but it is not working. Is this problem similar to michaelzz where the issue is on mobile devices or are you having this issue as well when using computers?

BV, I do not see scene

BV, I do not see scene controls on any device or browser.  I don't think there is a setting to control this, so am confused.

I'm on Moodle but I tried it on Wordpress as well, with the same results.

Hi jp,The arrow icon at the

The arrow icon at the top left provides the option to moved from one scene to the other. On the other hand the drop down menu just right below the image provides a quick way of switching between scenes that you would like to edit.

That arrow icon allows you to

That arrow icon allows you to move to another scene yes.  But there aren't arrows as per the H5P example page that allow you to move to next/previous scene.

Hi jp,Thank you for the

Thank you for the additional information. The Next/Previous arrow is actually not part of the H5P content it is done in HTML within the page. You will notice that in the example the URL changes if you go to the next sample content.

1. Does this happen to all contents that you created?

2. Do you have a sample content that we can check? 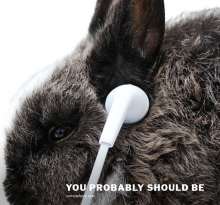 I have the same issue

I just found h5p and love it, have been testing different modules. I did this one yesterday with the 360 cause it's a neat feature. I used some pictures from my potato 360 camera to test. The entry background disappears on my wife's phone.

On my wife's LG Stylo 4 Android 8.1.0 (It works on my LG Stylo 4 and old ZTE android 7.1.1) phone using Chrome the background image in the Entry (1st scene) disappears. The transition points, text and image links still show up and work. Just the backgroud image disaappears. It's the scence I have the most images and text, 4 images about 300k each, 4 text and 3 exit points.

Thiniking maybe device specific, like some app she has on there. I don't have many apps on my phone at all, she has more.

I tried reproducing this on several different devices and everything looks ok. The only thing that I can think of which you already suspects are other apps that may be interfering with the content. Usually these are security apps or anything that enhances the browser's functionality.

Can we change the design of ui button and also the pop up?

<p>Orignially the bg image displayed, but then went black. Made a lower res image, and that worked but only on my computer, (others saw black)</p>

<p>Orignially the bg image displayed, but then went black. Made a lower res image, and that worked but only on my computer, (others saw black)</p>

Hi, I am trying to build a vritual tour, using a 360 bg picture with image interactions.

When I select an interaction, the closing icon of the image is not visible, only when I view the scene in full screen.

I attached three pictures in this message:
1. background image (360) with one interaction
2. interaction: image in full screen - closing icon is visible.
3. same interaction in normal screen: no visible closing icon

Does anyone know how I can solve this? Thanks!

Hi mvdoever,I am unable to