Thank you for considering to help improve existing H5P content types. In this guide you'll learn the recommended ways for you to efficiently improve H5P content types, by creating pull requests. By following this procedure, your pull request will be reviewed and merged in much quicker, and the chance of it being refused will be much lower.

A pull request is like a super valuable feature request. It is a feature request that contains a suggested solution. However it comes with the potential of not being accepted for one of two reasons:

Let's say you want to make Interactive Video become able to show/hide interactions every tenth of a second instead of just every second. Your issue could look like this:

I want to prequalify a pull request related to the following:

As an author I want to be able to specify the times for when interactions appear and disappear with greater precision so that I can sync them better with events in the video.

With today's functionality I often find that I have to compromise and either show the interaction a bit too late or a bit too early.

UX:
Description and placeholder texts related to start and stop points for interactions will be updated to reflect that they allow tents of seconds precision.

Technical solution:
I plan to rewrite the toggle interactions logic so that it will have a list of the next hide/show events ordered so that the next event comes first given that the user doesn't skip in the video, only plays and pauses. For every tenth of a second the list will be inspected to see if the time for the next event has passed. It will also detect if the user has skipped in the video by comparing the video time with the previous video time.

If the user somehow skips in the video the current brute force methodology will be used to toggle visibility of items, and the list of the next events for normal play/pause movement will be updated given that the user isn't currently actively seeking in the video.

Hello super team
I'm glad to know this kind of company you are the best i want to say something improve your contents make more the best i send the message to this before you should make some new content like wordsearch game please keep it in mind the reason of my today's message i'm a tutor i'm giving some quizzes to my students in my website with help of your contect they are amazing ))) I make many quizzes with single choice or multiple choise types a small problem is making the answers as an order a),b),c),d) as you know many quizzes made by this my if you can add this option it will be great and also i want to ask something else can i let my students create their own quizzes contents etc without entering my admin bar in wordpress how can i let them create their contents as a user subscriber if so please let me know how to do that
your contents awesome you are the best team
best regards!

Hi, thanks for the very kind

Hi, thanks for the very kind message, ecevid. If I understand correctly, you would like a wordsearch game created?

Unfortunately, your students will have to create the content through the admin interface. You could put very strict settings for them and I'm sure they will learn quite quickly how to do it for themselves!

Hi Ece,could you make a

This program is very important in the transmission text 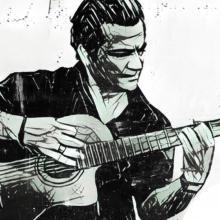 I want to activate my page. Can you help me please?

We'd like to provide the code to add the Speak the Words Set activity to the list of interaction possibilites for the Interactive Video activity. We could also add the code for the 360 Video and/or Find the Hotspots. This would be a great addition to develop speaking skills for learners. Could you confirm that this would be of interest for h5p if we provided the code for it?  Thanks!