Remember to get your ticket for the H5P Conference 2020! (Madison, Wisconsin, USA)
May 18th - 20th
Learn how to create engaging content in the creative builder lab
Register

I think it would be great if I could use the branching scenario with more conditional logic.

As a fun test I am trying to make a text based game using the branches, it would be great if I could make it so users need to find something before progressing.

so during a branch, you have the option to see if a variable is set to a certain value. if yes go here, if no go there.

If there was a tool on the left side that was under "create content" that your custom variables could be set to int, bool, etc. it would add so much customization!

Hi Aiden C,Thank you for

Thank you for contributing your ideas on how to make H5P better! We’re now working on something called the H5P supporter program allowing the H5P community to vote for and fund the top voted H5P features. Also there are developers in the community who every now and then works on a feature they find interesting or useful.

Hi Aiden!I have thought about

I have thought about that myself, but it's rather a large feature because there are quite a lot UX related things to think about and that feature would definitely raise complexity of the content type, both in the backend and in the frontend.

Having a settings widget to define variables (boolean and integer) is simple, but having a user friendly way to define when to set a variable to what and in particular the "if this then that" part might be a little challenge. It's probably not a big deal if you stick to one "this" and one "that" (e.g. prevent proceed"), but I can imagine that quickly people would like to have a "if this and this but not this", checks for greater than/smaller than/ranges instead of single integer values, have other actions such as "jump to", "set some other variable". And you should probably have some debugging mode for the authors, too.

I think even if someone from within the community could spare the time to implement this feature, that's definitely something that the H5P core team will have to be involved with - and their time is precious and required for a lot of things.

However, one first step in that direction might be a pull request that I filed in last week.

This looks similar to what I was going to suggest...

Though I appreciate that it would be a lot of work and not likely to be looked at soon, there is the potential for the branching scenario content type to be so much more adaptable, with branching based on more than multiple choice questions, even if it was done in a different way, e.g. through scoring or some other mechanism to prevent users from progressing without completing activities correctly (e.g. the course presentation content type).

You don't need variables to stop people from progressing. Open the door! 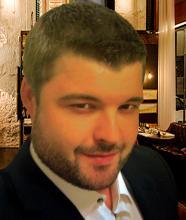 I'd like to start using this feature. Can you say when the release will be ready in H5P Hub or can I safely download it from github and place it in /wp-content/uploads/h5p/libraries?

There's no ready-to-use branch on github. You'd have to merge some repositories and probably rebase them a couple of times until the "go back" feature and the "need to 'complete' content" feature are officially available. As always: The core team can't give dates - but maybe they will correct me on that.

The "require success" feature that I used Fill-in-the-Blanks for was just for the demo. There's no guarantee that it will be included, but if enough people ask ...

Thanks for the quick response.

Is there currently a way for the community to voice there opinions on features that they need? A survey in google docs or on twitter, perhaps? I've noticed and used the feature request section of the forum, but this method relies on complaints and issues voiced by only a few, instead of collectively polling features and changes from the entire community.

I'm obviuosly biased by the way I'm designing my course and its content, but I believe the "need to complete content" functionality should have been included from the start. I'd love to hear what the community, as a whole, thinks as well.

Branching Scenario was sponsored by Victoria University, so you'd have to discuss with them why a feature is in there or isn't.

There's no poll or such created by Joubel, but there are plans to create a supporter program that will allow people to vote for features.

We're not able to do all the things we very much wished we could do at the moment. It is not fun to have things like this not being handled, but the good news is that we're slowly and steadily able to increase the size of the team.

Open source does come with some challenges, but we're doing our best and it looks bright. We hope most of you will have patience with us until we've added sufficient muscles to handle everything we want to handle.

Right now the team is working on accessibility improvements funded by H5P.com. After that we'll be working on a huge new super exciting project funded by a university until the end of January. We do take urgent issues in between, but this haven't reached the top of that list yet.

I wonder why the community (unfairly using you as a representative here, I know) feels it is depending on Joubel to create or improve content types. It's easier, of course, to just leave one's wishes here. But the source code is out there! Anyone can improve the code himself/herself, decide to crowd-fund some money and put out bounties for other coders to do the job, etc.

I can't speak for them all,

I can't speak for them all, nor do I have information on the core demographics, so I have to assume that most of the H5P users are teachers and educators with limited budgets and no coding skills. I would also have to assume that they were likely drawn to using H5P for the same reasons that I was over using other similar paid products. It's a great tool with fantastic features and plenty of room for expansion and customization. Unfortunately, (assuming here) most don't have the resources to help improve it.

My team and I have made several changes to the existing content types as well as added animation using Bodymovin and artificial intelligence using AWS Lex and machine learning. We've also rebuilt the editor to accomidate these new changes. We're in the process of making changes to Branching Scenario now, which prompted me to ask about your improvements.

I wouldn't mind releasing what we've built if others were interested. The supporter program sounds like a great way to give them a voice to make that decision and to allow those that can to donate to improving H5P's features.

I did mention crowd-funding for a reason ;-)

A well placed link to

A well placed link to indiegogo.com in the header menu should do the trick :)