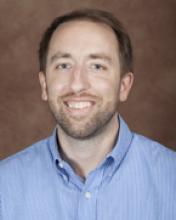 I am getting the following error message when trying to install Branching Scenario in WordPress/Pressbooks. Thoughts?

I am not sure if this is the right forum to place this question in, but here goes! I have had students tell me they want to print the Branching Scenario presentations that I've made for note-taking and later access, but they aren't sure how to do so. Is there a way students can easily print the materials in a Branching Scenario?

Is there a way to not show the starting screen in a Branching Scenario? The one that says "Start Course"? I would like to embed several in a Canvas Page, and having to "start" every time, with an interface I can't figure out to modify (the green flag thing) isn't what I want.

I have uploaded two screenshots, the start screen I want to suppress and the question I'd like to show as the starting screen on an embedded branching scenario.