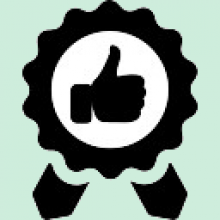 Hello , can make some slides containt the correction , show just if user respond the wrong aswer he just return to the slide of correction and show the result as true and later he can back for retry if possible How ? ... thanks

I'd like for students to be able to correct their wrong choices.  When they go to redo, all of the answers reset, even the correct ones.  Is there a way to make it so that only the wrong ones reset and they can fix just those?

Here is an example of one that is difficult for students to have to redo the whole thing.

Is it possible to customize the appearance and size of the icon used when creating an Image Hotpot map?

I am trying to recreate the image maps seen here: http://uc-one.help/desktop-mac-a/ using H5P  instead of the plugin currently making these maps work.

H5P seems to solve all of the issues I'm having, except I would need to customize the appearance of the hotspots....either individually, or at least a global update to include semi-transparent icons.