You can save your .h5p file to your local machine with two simple steps:

The file is now saved on your local machine.

H5P file can be uploaded to any site supporting H5P. To upload .h5p file from your local machine follow the steps:

H5P allows you to copy parts of its content and reuse it in new content. For example, you could reuse just some questions from one course in another course by copy/pasting just them. Below are the steps how to do so:

Note: Copy/paste feature works only within an H5P site, not between different H5P sites. To reuse content between sites, use download/upload option.

Yes, it should be possible in Drupal, with the work from Eurekos

What you describe has been done by compainies using H5P in the past.

What you want to do, is to create a set of .h5p files that can be imported into Moodle, using the edit form.

An .h5p file is just a zip file containing some json configuration files, as well as the JavaScript, css needed to display the content.

Lets say you have some old content that you want to display in Multiple Chocie.

Download an existing Multiple Choice .h5p file. Look at the /content/content.json file inside the .h5p file, and use that json format to structure your old content as. You can also look at the semantics.json file for a content type, to understand the format of content.json.

Now, write a script that copies the .h5p file, and replaces the existing content.json file, with a new one that you created from your old content. (This replacing would probably include some packing and unpacking of the .h5p file, using a zip-library for your scripting language).

You can now open the h5p-editor in Moodle (or WordPress or Drupal) to import your created .h5p files.

Awesome, thank you for this

Awesome, thank you for this quick and helpfull answer!

Error when uploading .h5p into moodle

I'm getting this error when uploading a .h5p file into Moodle (3.0):


Has anyone experienced similar errors?

The .h5p you are uploading

The .h5p you are uploading requires you to install new content type but you do not have the correct permission. I believe you need the 'mod/hvp:updatelibraries' permission.

I will investigate with the IT department to check on this. Many thanks icc.

I created a hotspot image and

I created a hotspot image and I downloaded it as well but I am confused that how could I see the file on my pc? which application should I use to see my created file?

When you download the content into your computer it is saved as a .H5P file. The only way to use it is if you have one of the the supported plugins (Moodle, Wordpress or Drupal) and H5P installed in it.

See which questions are answered correctly

Hi I would like to do this;
- See which answers are answered false and which correct per student, or the average of all students.

- Also, is it possible to have the same video for each class, but see the results of each class apart from the other?

- Also, is it possible to let others create with the H5P app, or is this purely something the admin can do with the plugin? On the site it's possible ofcourse, but I would like to use it within the school website.

To answer your 1st and second question. this is definitely possible. In fact, many universities and schools are already collecting results from their students' interaction with H5P.

I highly recommend looking through this documentation first:

For the 3rd question yes this is possible as well you just need to make some changes on the access of the users in without giving them administrator rights.

I hope these helps if you have further questions feel free to post in the forums. 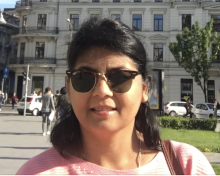 Hi telugu,Did you create the

Did you create the content in H5P.org? If so please provide the URL so that we can check.

When I make an h5p file and export, it gives me a name like  interactive-1.h5p or sss-3.h5p for example and it gives the shortcode like [h5p id="1"] or [h5p id="3"] (I did not use the last interactive with shortcode of [h5p id="2"] and removed it) to  insert it in my post but imagine for any reason I have lost my database and just have my posts  and the exported files like interactive-1.h5p or sss-3.h5p that their shortcodes in my posts are [h5p id="1"] and [h5p  id="3"] from the past when I want to upload the files again at the fresh instalation of the h5p plugin it gives me shordtcodes like [h5p id="1"] and [h5p id="2"] that are different from my old shortcodes and if I have hundred of h5p files I have to go to
hundred of the posts and change the old shortcodes to the new ones.

Hi salamzaban,You have a very

You have a very good point. I suggest that you head over to the Feature Request forum and post your suggestion there.

edit: I have read your other post in the Feature Request forum. Thank you

I am trying to embed a flash

Hi,I tried this just now and

I tried this just now and I was able to embed the sample from H5P.org. It also initially gave me an error message and all I did was remove the script tags.

Also please note that there seems to be some issues with embedding to their site since I had to reinsert the embed code 3 times before It showed the correct size of the frame. The first 2 tries, the frame had a height of about 100 px which cuts off the activity. So retrying might do the trick if you are still encountering the issue even after re-embedding check your browser console (ctrl+shift+J for Chrome) for any errors.

In our organisation, we are using H5P with Moodle. We upload videos on K Point and then run it on Moodle.Is it possible to embed videos from K Point to H5P as when we tried to do that its giving the error that video format is not supported. Kindly Help!

You can try adding &t=.mp4 at the end of the URL. You can also try viewing the page source of your video and looking for a URL that ends with MP4 or webm. Please note that this doesn't work everytime and depends on how the website handles the videos uploaded in it.

Most of the content disappeared after migrating to another wordpress site, I have the content in upload/h5p/exports but the actual content that appears to me in H5P plugin page in only 4 of them

Is it possible to get just completion of a SCORM object in H5P without an LRS? I have Drupal, H5P, and the SCORM xAPI installed but I get only user and start time not end time in results.

Hi Lauren!I am not familiar

I am not familiar with the SCORM/xAPI plugin, unfortunately. Since the xAPI "result" statements of H5P contain the time taken by the user, it should at least be possible in theory to compute the end time. Have you already tried to contact the author?

I try to embed presentation with a fixed size. If I take the code like this (<iframe src="https://h5p.org/h5p/embed/204726" width="600" height="300" frameborder="0" allowfullscreen="allowfullscreen"></iframe><script src="https://h5p.org/sites/all/modules/h5p/library/js/h5p-resizer.js" charset="UTF-8"></script>) embedded on my joomla-blog the presentation is dynamic as big as the template allows. :-( I know from vimeo and youtube video that you can fix the size. In my editor I SEE the small H5p presentation preview-area but on my real blog it shows the bigger one dynamic view.

Hi Thomas, you could probably

Hi Thomas, you could probably try to place the embed inside a div with a maximum size.

I cannot even see the download or Embed selection. Please assist

Hi Urban Plates,Where are you

Where are you creating your contents (Wordpress, Drupal, Moodle or H5P.org)?

Please make sure that the download/embed option is enabled. Also if you are looking at a content that someone else created you can contact them to enable it.

Note: I removed your phone number for security purposes.

Can I import a video file from edpuzzle ?

I don't think this is possible, edpuzzle from what I have gathered also let's you create interactions similar to Interactive Video. It is not possible to bring over these interactions and use them in H5Ps.

I am using H5p for moodle 3.6 and using course presentation slides.

Hi Kapil,I'm afraid this is

I'm afraid this is not possible. However since H5P is open source you or anyone in the community can create this feature.

My image upoload does not work

To use downloaded contents you need to install one of the 3 supported frameworks and also install H5P in them.

what is the best way to

what is the best way to connect  H5P hotspot to different H5P? I am afreid that if I am not logged in it is not posseble to see all the slides.

Where are you creating your contents? What do you mean with "slides"?

Sorry I have been away for 10

Sorry I have been away for 10 days.  I wantes to connect two different tipes of h5p, make a link between is that possible. Then I am also connecting it to a web possible

Hi Eths,This is not possible

This is not possible not unless a content provides an option to insert URLs.

We have enabled the "download" option but the corresponding button does not appear in the exercise. Regards

Hi, I cant find the download button, i have already check al the boxes in ph5 options so the button should be visilble but it dont

The download button has been replaced with the "reuse" button.

Hi.
I run a wordpress site with some 72 H5P Course Presentations.
I have disabled the "Download button" in the settings for all the H5P-content.
H5P still generates a .h5p-file for each Course Presentation when it is used.
These .h5p files are then stored in the folder /wp-content/uploads/h5p/exports
I use the plugin "Duplicator" to make backups of the site, but these backup-files (zip-files) are now very big – approx 1 Gb and the exports-folder is responsible for half of this (approx. 515 Mb).

Hi there, I understand that

Hi there, I understand that the 'Download' button has been replaced by the 'Reuse' button. This is fine for seasoned users of H5P, but I have received enquiries from colleagues who are confused by this change. Could you please change the screenshot on this page? That would be really useful.

Thank you for pointing this out. I sent a request to the core team so that they can change the screenshot and instructions.

You can provide the URL of your content to your users. We also encourage you to avoid using H5P.org to create real content. It is only there for testing purposes. You could go to the getting started pagehttps://h5p.org/getting-started to learn how to get started with H5P if you are done trying it out on H5P.org or sign up for a subscription in H5P.com.

Hello, I'm trying to import a content from Moodle to Wordpress, It gives me the following error

Invalid semantics.json file has been included in the library H5P.Blanks-1.11

Although the file has never been tampered. Why would this be an issue? I can send you the H5P file too if you would want to take a look. I'm using Wordpress 5.3 with HP5 at 1.15.0 version.